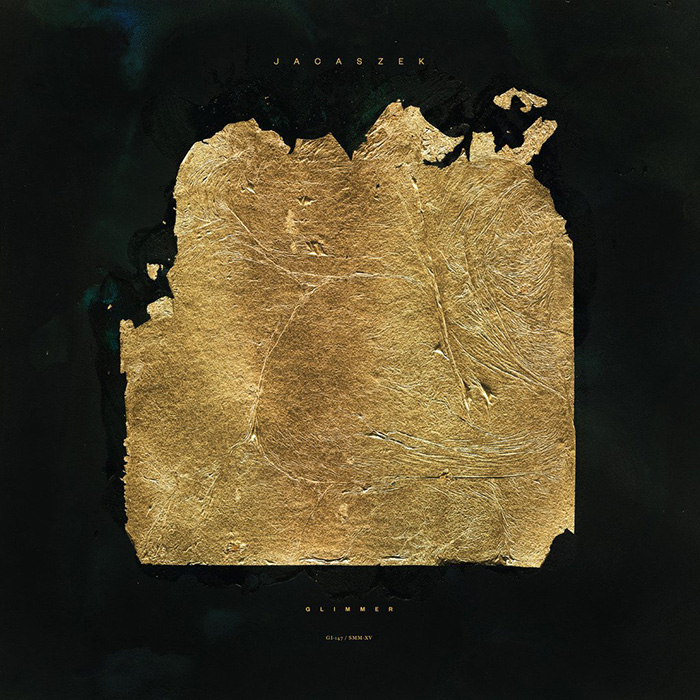 PITCHFORK (7.7)
„Think of Glimmer as a little symphony, just with singles, and made by a musician who can’t decide between the roles of producer or composer. Really, he shouldn’t anytime soon.”more

NPR – First Listen (week of 11/28) “The music of Jacaszek drifts along the fringes of classical, electro-ambient music and experimental jazz — and ultimately transcends them all. There’s nothing quite like it.” more

DUSTED “… a largely successful effort.” “… Jacaszek’s wedding of disparate styles pays off in Glimmer‘s evocation of certain moods and expert shifts from mode to mode.”

HEADPHONE COMMUTE „Listening to Glimmer is like glancing through a dusty window at a black and white film of your past.”

FLUID RADIO (UK) “…masterpiece..” “Jacaszek and those composers who are refurbishing modern classical for the new century have stumbled upon the sprung rhythms around us, and an entirely undiscovered art form is coming into view.”

MILK FACTORY – 4.5 out of 5   “… most ambitious solo effort.” “… undoubtedly his most restrained and finely crafted record to date.”

RESIDENT ADVISOR  “… power in intense focus and brooding inertia…”  “… glacial beauty from his long strokes of melody.“Like much of his past work, including last year’s RA Podcast, the LP blends classical music with modern ambient production.”

THE NEEDLE DROP:“’Dare-gale,’ armed with loads of classical timbres, drones ominously in waves of sound that progressively get louder. The concept seems like a simple and uninteresting no-brainer, but the layers and detail here make this track absolutely gorgeous!” more

FOXY DIGITALIS – 9 out of 10 “As astounding as Treny was, Glimmer is equally as brilliant. Jacaszek has truly created another masterpiece.” more

SILENT BALLET – Artist of the week + album review / 8 out of 10
“… a work of stellar flow and haunting resonance.” “Glimmer is the ore that the prospector overlooked, the book that the librarian misshelved, the dying sentence spoken after the family had left the room: a modern artifact, encased in clay and left to deteriorate in a way that only adds to its glamour.” more

IMPOSE – Week in Pop “… Jacaszek too creates music for the spaces we can not describe through the delicate teasing of classical instrumentation and the mystic aura from the sound of running air.” more

EXCLAIM!
“…without a doubt some of his best work and one of the most beautiful albums of the year…” more

ALARM MAGAZINE – Vs. Column feature
“The album’s inconspicuous complexity and professional performances make it a gem among ambient releases.” more

IBIZA VOICE – Interview “Clearly, the album marks music’s evolution in the first decade of the21st century.” “The Polish musician joins the ranks of artists such as Francesco Tristano, Brandt Bauer Frick Ensemble and Arandel who have crossed from conservatories filled with wood wind, strings and percussion to computer programmes and machines presents new album…“ more

VIVOSCENE – 9/10 „If you would hear a master at work, then explore the music of Jacascek.” more

RCRD LBL premier of “Dare-Gale”: “Jacaszek is back and coldly serious as ever on ‘Dare Gale.’ The Polish composer treats airy, abandoned noise with classical hands to make dark ambient music that could easily soundtrack the next time you get trapped in a cave.” more

CULTURE ADDICT: “Jacaszek’s latest album, Glimmer, is marked by a noticeable battle between melancholy and beauty, like it’s hovering in some gaseous grey area between both.” more
TINY MIX TAPES“… sparkling-ambiance, featuring electric static and softly spoken tickled  bells…” more
IMPOSE “…  if the track „Dare-gale” is any indication, Glimmer could make a good companion to Hecker’s Ravedeath, 1972 that came out earlier this year.” more

TINY MIX TAPES news section “…Treny… was, by most accounts, a startling and memorable achievement in the realm of dark ambient music, gracefully navigating the middle ground between contemporary classical and something much more haunting.” more