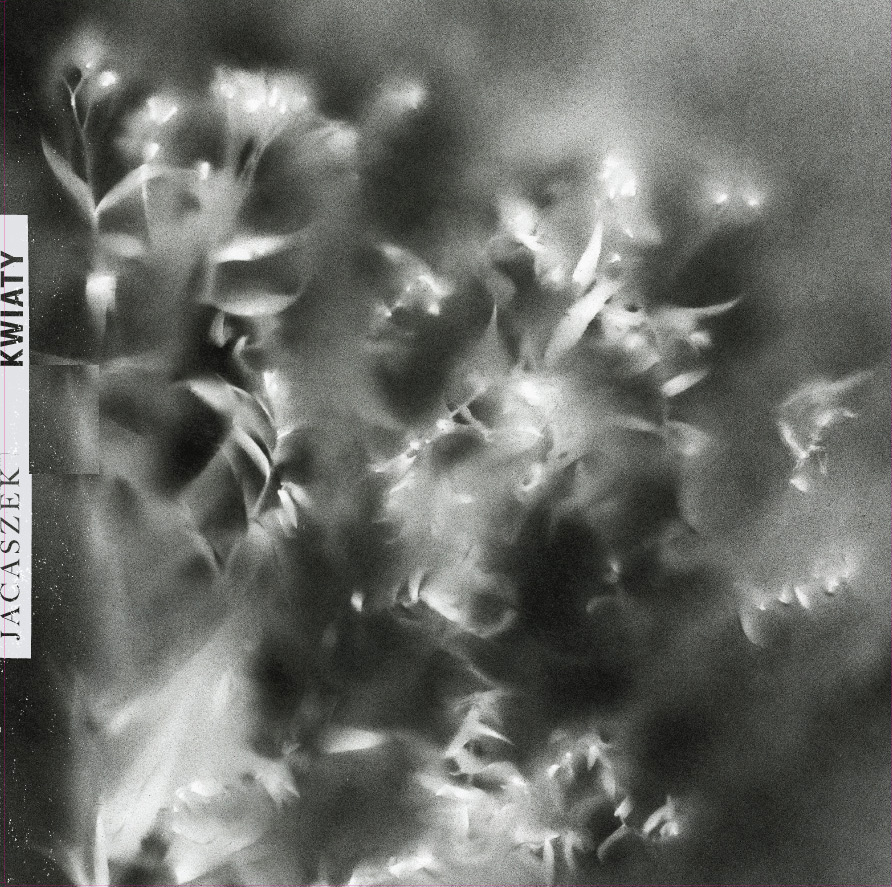 All started with a book, as these things often do: an English anthology of metaphysical poetry from the 17th century, to be exact. Which may not sound like the sexiest option on the shelves, but hear us out. The gentleman plowing through those weathered pages happened to be Michał Jacaszek, the Polish composer who’s spun dramatic shades of darkness and light into gold for more than a decade now. An absolute master of melancholy, from the trickle-down electronics of Treny to the vapor-trailed verses of its looming spiritual cousin KWIATY.

„The poems were simple, pure and beautiful,” Jacaszek says of the book’s poignant Robert Herrick passages. „They spoke about death, pain, longing and loneliness, but somehow these pieces were bringing hope, solace, and peace.”

They also sounded a hell of a lot like songs when read out loud. Structurally at least. Herrick’s rhyme schemes and rhythms still needed the right musical accompaniment, and Jacaszek had just the ticket: a backlog of previously unreleased recordings—warm-blooded samples, lonesome synth lines, pared-down guitar parts—begging for proper arrangements and dynamic mixdowns. Not to mention the most vocal-driven material Jacaszek’s ever written, melding his stormy melodies with a breakout performance by Hania Malarowska and the robust supporting roles of Joasia Sobowiec-Jamioł and Natalia Grzebała. Combining fragments from years past, the artist crafts a gorgeous blend of sounds.” – NPR

“A truly haunting recording, in all the right ways” Bleep.com

“Kwiaty’s opening section is captivating. The songs are immense yet delicate, like fortresses built from dust and cobwebs. The sound of fingers on fretboards and nylon strings rings out into the abyss on the opener, „Flowers.” The plucked strings on „To Perenna” glow against dark murmurs and worn-out sounds.” – Resident Advisor

“The entire album is stirring, surreal, and unspeakably beautiful. With Kwiaty, Jacaszek builds on past triumphs like Treny and Glimmer, taking his sound sorcery further than before and resulting in some of his most engrossing material yet.” – All Music Guide

“Polish composer Michal Jacaszek tends to treat his electroacoustic suites like art installations, building each release around rigorously defined themes or techniques. It’s warmer and more inviting than that sounds, and never more so than on the Ghostly International-released KWIATY, which draws its inspiration from a book of 17th-century metaphysical poetry, yet finds actual, human life in its pairing of guitar drone and warm synth lines with ethereal guest vocalist Hania Malarowska.” – The A.V. Club

There is an organic feel to KWIATY that few of Jacaszek’s colleagues in the genre can match. The result is an album that can be taken in with the heart, the head or both at once.” – Exclaim!

“A poetic work from beginning to end, Jacaszek builds album after album a space-time in orbit, cinematographic intonations and faded colors, touching the depths of the soul with delicacy and subtlety. Magic.” – Silence and Sound

“As fragile and strong as glass.” – The Tempo House

“A hybrid refined and surprisingly enjoyable” – Music Will Not Save You